Last time, Karina moved to Uni as we have already seen. The family fulfilled many wishes through interacting with each other. Peter Sr dated other women behind Samanta’s back and eventually got caught. Tommy played chess. The younger boys skipped rope. A kitten was adopted. Samanta’s spring kisses went to her children and she started dating outside the marriage too. 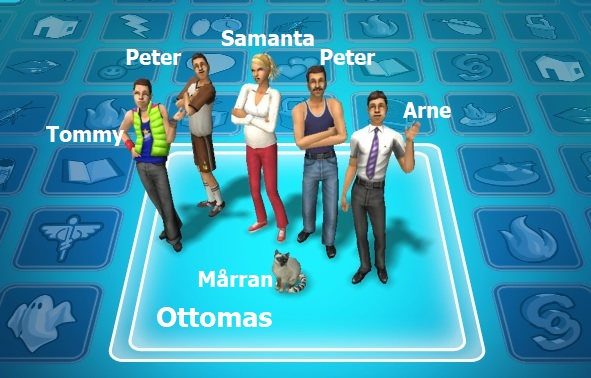 For having so many sims, the result is pretty good, especially since Samanta Jr was a baby the first three days and didn’t contribute. It was a rough start for Arne when he was still a pure Knowledge sim, but it took off after he had his secondary Pleasure.

Last time, Yoaquin and Yonah grew up to Clingy and Angelic toddlers. Kenneth unexpectedly became father of twin girls and moved out to live with his family even after being denied marriage. The triplets Karl, Kay and Kalle were born and grew up to Fussy, Angelic, Charmer toddlers. Kent moved out to live with his twin after being denied romance altogether. 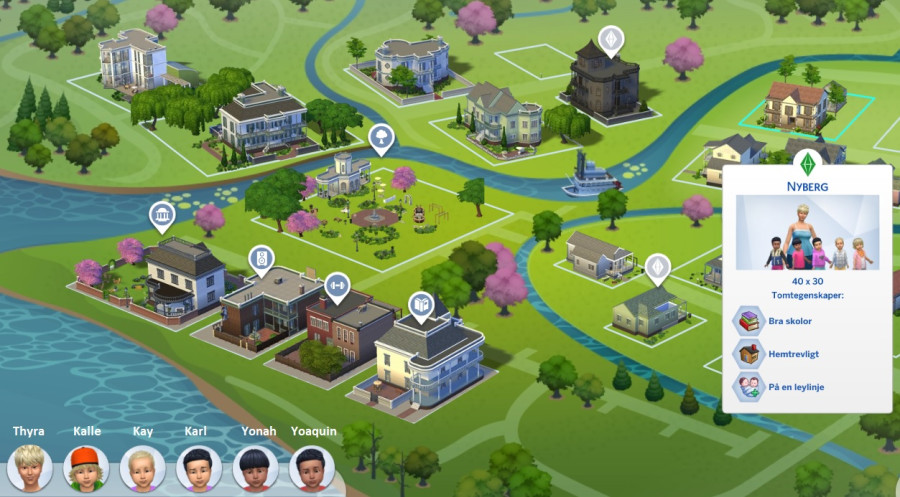